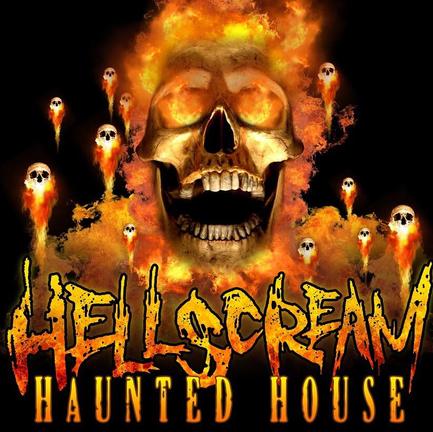 ~ Some very engauging actors with an elaborate story to tell

~ Some scenes were neglected and rundown.

~ Predictable scares, actors were exactly where you might think they'd be and came out exactly when you'd expect them to.

~ Quite a few actors just look at you and scream...are they playing off the Hellscream name? we don't know but it sure seemed repetitive.

~ Escape from Hellscream is an Escape room that is run year round throughout the haunted house, we get that it is major part of the business so we cant knock it too much but the clues and instructions scattered throughout the haunt were a bit distracting and took away from the show.

A new theme this year of a wrecked circus train has really brought a whole new vibe to Hellscream. As the Ringmaster leads you inside and describes his friends and their horrific crash it is immediately apparent that something just isn't right and BAM! you're already being ambushed by circus animals or who even knows what some of these crazy creatures are!

You'll be lead through the detailed train cars of the Slaughter Brothers Circus and towards Dr. Von Helton's laboratory. He's been known for his questionable experiments before and you'll see why! Trudging through the forest of the nearby derailed train you'll find that these experiments are just running a muck and its far from ordinary! Oh boy and the freak show too.....these clowns don't mess around as they try to adapt to life outside the circus. Swinging out to the impressive gallows with a perfectly executed Hangman hes got a story for you and assistants that would love to scoop you up for their next show. Scurrying through a maze of realistic caves littered with all sorts of freaks there's just one surprise left!

Gruesome detail is seen throughout this Hellscream you could go through 5 times and still notice new things. Inside, outside, up and down this hell house is very demanding and you'll want to bring that extra pair of underwear .