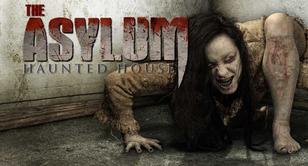 Cons: No signs out front, no screams or signs of terror protruding from the haunt, no line actors/entertainment.

Notes: Unfortunately, a low first impression really made this haunt suffer. Aside from that we really enjoyed it! As we roamed through Primitive Fear we were overtaken by dozens of undead creatures thirsty for our brains. luckily, we made it out of there fully intact only to be thrown in with the crazies of The Asylum! A perfect character set the stage for us to enter where we were checked in and joined our so called "friends." Actors played very well off each other in the Asylum and had us questioning our own sanity very quickly.